Food is a great way to get to grips with an exotic culture that you aren’t used to in everyday situations. The flavours are different, the ingredients can change drastically, and it can be a great experience.

As well as offering  Cheap Umrah packages, we also provide packages in which you can explore beautiful countries around the world. This week, we will talk about Andalucian and Moroccan inspired food that you can try at home.

This is one of the defining foods of Morocco; you can have a chicken, lamb, beef, fish, or even vegetable tagine – the opportunities are endless! A tagine is named as such because of the dish that it is cooked in; a tagine dish. This dish originates from the North African Berber tribe and it is a pot that is made from clay and is cured using olive oil, onions, and herbs and spices, such as coriander, cumin, paprika, and much more.

The fundamental components of a tagine dish include tomatoes, coriander, onions, turmeric, cumin, pepper, and water. After this, you can add whatever you want to it. If you wanted to add more authenticity, you can add prunes, almonds, couscous, and whatever type of the main ingredient you want.

This Andalucian dish is generally served as a starter dish, also known commonly as tapas, at a lot of special occasions, and it is essentially a small spicy dish of succulent prawns that are cooked in a garlic-based oil with chilli and paprika. It is incredibly popular in the Malaga area, but it has passed its way through Spain to become one of the most popular tapas in the region.

If there is a Spanish version of what a tagine is to Morocco, then the award would go to the paella. This Spanish dish is one of the most famous in the world, and it is loved by everyone in Spain, as well as others from around the world.
This dish originated in Valencia, but it has now become so popular that it can be found in regions all around Spain, particularly in Andalucian. This spectacular dish consists of rice, vegetables, seasoning, such as saffron, and fish, such as prawns and squid. However, it is also common to find paella versions that contain meat, and some that are strictly vegetarian. 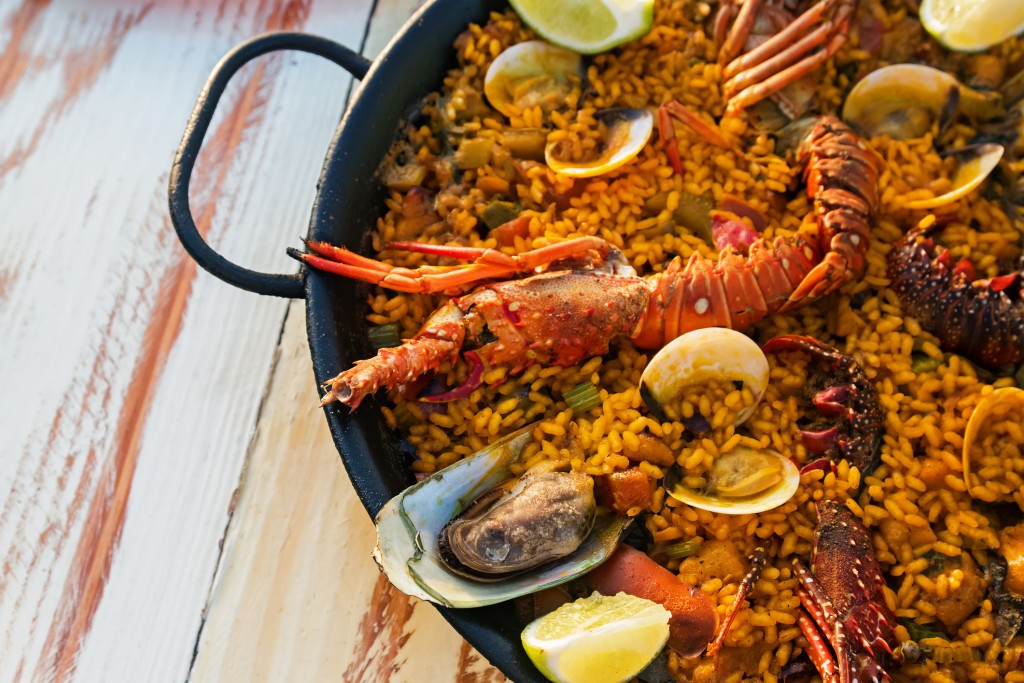 These dishes are amazing, and it is great to share knowledge of this flavourful and stunning culture. At Hajj and Umra Express, we are able to embrace you with this culture first hand, since we provide fantastic holiday packages so that you can explore Bosnia tour for yourself.

If you want to know more about what we can provide for you, then please don’t hesitate to contact us today on 08000 141419, and we will be more than happy to help.