Islam has been present in China for over 1,000 years and it continues to flourish to this day. The largest concentration of Muslims present in China are in the north west of the country, in the Xinjang province. The majority of the Muslims that preside here are of Uyghur origin, and it is said that between 1.5 and 4% of China’s population are Muslim, which correlates to between 20.6 and 55 million Muslims. So what is the history behind the connection between Islam and China?

Introduction of Islam to China

According to Chinese scriptures, Islam was first introduced to China in 616 – 18 by Sahaba, or companions, of Muhammad (PBUH). In the next couple of decades, one of the Sahaba, Sa’d ibn Abi Waqqas, returned to China in 637 and then 651. On the third visit, the third emperor of Tang dynasty in China, Emperor Gaozong, then constructed the Huaisheng Mosque in Canton, known in the modern day as Guangzhou, which is the oldest mosque in the country and was named in memory of Muhammad (PBUH).

Islam Throughout the Dynasties

The Tang dynasty (618 – 907) was a time of unrest and development in the Islamic world. In the first half of the dynasty, there was a lot of conflict between the Tang and the Abbasids but relations improved in the years that followed. However, during this dynasty, Arab and Persian traders entered China and introduced a lot of culture and helpful tips, such as their knowledge of medicine, their cuisine and their musical instruments.

The Ming dynasty (1368 – 1644) was a time where Islam began to flourish, with Muslims being integrated into high-order roles such as military general, as well as there being a lot of seaport trade to countries around the world. Then, the Qing dynasty (1644 – 1911) saw the emergence of important mosques such as the ones in Beijing, Xi’an, Hangzhou and other cities. 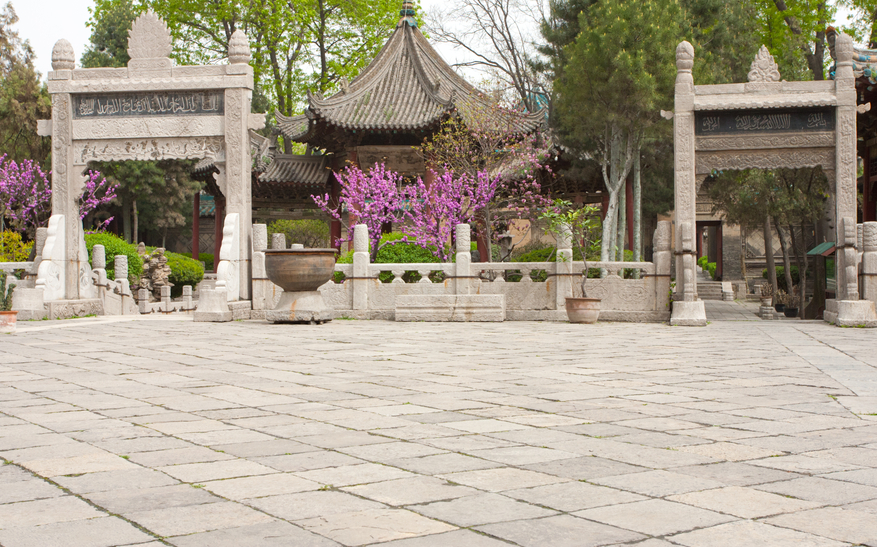 Currently, Islam is undergoing a modern revival, with mosques present in nearly every Chinese city. Because of this, Muslim from around the world like to visit China for the cultural influences it has gained from Islam. At Hajj and Umra Express, we offer the perfect package if you want to visit China and explore how Islam has made its mark. If you would like to know more, then get in touch today on 0800 14 14 19 and one of our friendly members of staff will be more than happy to help.