Egypt is one of the main African countries and has the largest Muslim population, with over 80 million Muslims. Throughout history and in modern day society, Egypt has been a massive influence with regards to cultural and historical change. Because of this, we think that it is fitting to give you an insight of how Egypt has impacted the Islamic world.

Early History of Islam in Egypt

Islam started off very early in Egypt, under the Rashidun and Umayyad caliphates. In the Rashidun caliphate, a lot of Egyptian governors didn’t accept the fact that the cousin and son-in-law of Muhammad (PBUH), Ali, became the fourth Rashidun caliph, which eventually led to the formation of several Egyptian rebel groups.

As well as this, Egyptian rebels assassinated the previous caliph, Uthman ibn Affan. As a result, there was a strong divide between the Muslims in Egypt, the Muslims led by Muawiyah I and the Muslims within the Rashidun caliphate, which lead to the first Islamic Civil War and the formation of the first Umayyad caliphate.

During the Fatimid Caliphate

In the early 10th century, the Fatimid caliphate of Tunisia quickly expanded and took control of the majority of Egypt in 969. The Fatimids built the city of Cairo which then became the capital of the caliphate, with Egypt becoming the religious, political and cultural hub of the state.

There are some clear examples of where the Fatimids left their mark around 1000 years ago, such as the Al-Azhar University, Egypt’s oldest degree-rewarding university, and the Al-Hakim mosque. The Al-Azhar University is also attached to a mosque with the same name and, according to Sunni Muslims around the world, is regarded as Sunni Islam’s most prestigious university.

The Mamluk Sultanate of Cairo

During the Fatimid caliphate, one of its high officials – often known as Saladin – overthrew the caliphate and eventually became the sultan of the area, officially known as the Ayyubid sultanate. This lasted for nearly a century until the middle of the 13th Century, where Turkish soldiers and others from around the same region overthrew the sultanate and formed the Mamluk Sultanate of Cairo. 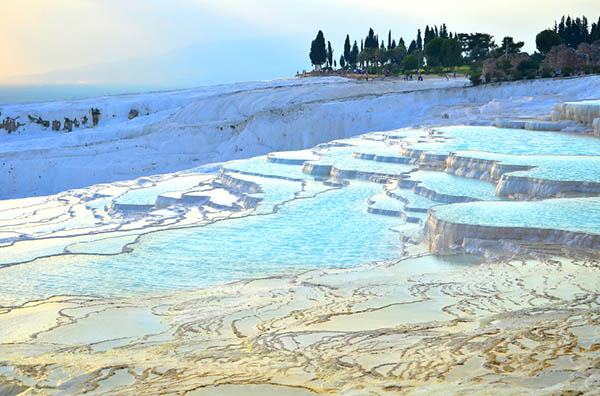 This was an incredibly successful sultanate; it was able to fend off the Christian Crusades that occurred at the same time and it lasted for over 250 years until the Ottomans invaded and took control of Egypt and a lot of the surrounding area.

After the Ottoman Empire

At the beginning of the 20th Century, Egypt remained an Ottoman province but was under the control of Muhammad Ali. During this time, there were strong connections with the French, especially with the construction of the Suez Canal. In 1914, Egypt was declared as a British protectorate which lasted until the mid-20th Century, where it eventually became the Republic of Egypt.

During this time, there have been a lot of political fluctuations with regards to changing presidents and the recent protests that occurred in the present decade. However, even though these unfortunate events have occurred within Egypt’s history, it still remains to be a cornerstone of the Islamic community.

Egypt is a gorgeous country with thousands of years of history behind it and has been impacted by various cultures and civilisations. At Hajj and Umra Express, we are able to provide an amazing opportunity of a lifetime where you can visit Egypt and see its beautiful landscapes. If you would like to know more, then please get in touch today on 08000 141419 and we will be more than happy to help.