And when one of them is informed of [the birth of] a female, his face becomes dark, and he suppresses grief. He hides himself from the people because of the evil of which he has been informed. Should he keep it in humiliation or bury it in the ground? Unquestionably evil is what they decide. [Qur’an 16: 59]

The earlier ignorant society never paid any regard to the women, even the birth of a daughter was considered a curse and she was burnt or buried alive. The tribesmen were accustomed to treat their wives as their servants and to make the worst of their lives. But after every dark night, follows a bright day. Islam entered the world and condemned the practices prevalent in the dark ages. To bestow the women the right to live, to serve as a shield and hide women in the protective shells of Quranic teachings and to eradicate the oppressed practices inflicted upon the females is what Islam did.

Rights of Women in the Light of Quran

“O mankind! Be dutiful to your Lord, Who created you from a single person (Adam), and from him (Adam) He created his wife (Eve), and from them both He created many men and women and fear Allah through Whom you demand your mutual (rights), and (do not cut the relations of) the wombs (kinship). Surely, Allah is Ever and All-Watcher over you.” (Al-Nisa 4:1)

The  honour the respect all for the most revered class of the society is worked upon by Islam in the most beautiful way possible. What can be more prestigious for women than to dedicate whole Surrah just for the most subjugated gender of the ancient times—Surah Nisa.

“Treat your women well and be kind to them for they are your partners and committed helpers.”

An excerpt from the last sermon of Prophet Mohammed (SAWW).

The woman whether takes the persona of mother or daughter or sister or wife, she wears the crown for being the most beautiful creature created by Allah and protected by Allah’s teachings.

‘The clearly observed “plight of women” in Arabia before Islam served to be the hellfire for the women but with the invasions of lands by Muslims and extending it to “all nations of the World” it was necessitated that the new Islamic law must be accepted as the most just system since the “advent of Islam brought profound changes to the Arabian society in general and to women in particular.’

The Beautifully Enwrapped Statuses of Women

Honored Being a Mother

“Heaven resided underneath your mother’s feet.”

Islam, enshrining the privileged status of mothers, teaches to hold utmost honour and being kind to the one who bore you in her womb for nine months and then made you able to stand right in the cruel selfish world just by her selfless devotion to your upbringing and growth. Sacrificing her sleep and comfort to ease you, your mother deserves the most of your love and the greatest of your kind and affectionate words and acts of appreciation.

Though whatever you do can never account for the pain she went through to bring you in the world and your acts of kindness and words if love can never be enough to pay for her sleepless nights. The debt she owes you is huge in volume and even the services of your whole life are not able to repay it.

‘Mothers are acknowledged for their mercy, tenderness, and selflessness through special mention in the Qur’an:

And We have enjoined upon man [care] for his parents. His mother carried him, [increasing her] in weakness upon weakness, and his weaning is in two years. Be grateful to Me and to your parents; to Me is the [final] destination. [Qur’an 31:14]

Some Instances from History to Acknowledge Mothers’ Value

The immensely revered status of a mother and your huge responsibility towards her is seemed to be emphasized a lot many times by Holy Prophet (PBUH). He used to preach among his companions to be kind and affectionate towards their mothers for they deserve it the most and even a kind smile dedicated to her can bless you with infinite treasures of Allah’s love and forgiveness.

‘On one occasion, Muʿāwiya b. Jāhima came to him saying, “O Messenger of Allah, I want to go out and fight [in jihad] and I have come to consult you.” He said, “Do you have a mother?” Muʿāwiya said, “Yes.” He said, “Then stay with her, for Paradise is at her feet.”’

‘Ibn ʿUmar (ra) once saw a man circling the Kaʿbah while carrying his mother around his neck. The man asked him, “O Ibn ʿUmar, have I repaid her?” He said, “No, not even for a single contraction. But you have done well, and Allah will reward you for this little with much.”’

Blessing Being a Daughter

Revolutionizing the status of women and eradicating the plight of women in old Arabic times, Islam not only revered the motherly state of a woman rather it also condemned the oppressed practices performed in old times by burying the daughters alive at their birth. That showed the essence of this brutal treatment inflicted upon women. Holy Prophet (PBUH) underscoring this gloomy and doomed society, served his life as a demonstration on how to treat, love and honour daughters. By the way he treated his own daughters,

‘When his beloved daughter Fatima, the woman he called the ‘leader of the women of Paradise,’ walked into his home he would stand up to receive her, kiss her on the forehead, and seat her in the place he had been sitting. He said of her, “She is a piece of me.”’ 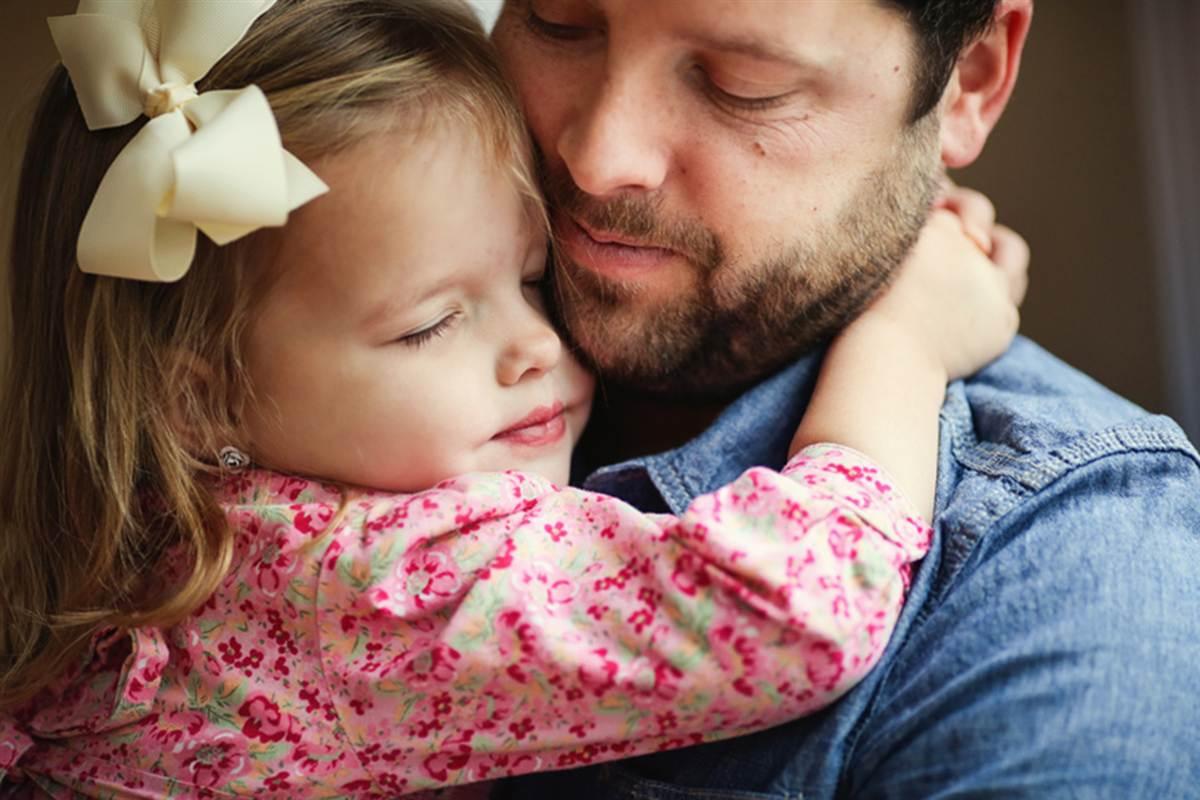 By negating the notion of daughters being a burden, Holy Prophet (PBUH) said,

“Whoever raises two daughters and does well with their upbringing will be with me in paradise like these two fingers (holding together his index and middle finger).”

“Seven daughters were born to me. Whenever a daughter was born, I would enter upon the scholar, Aḥmad b. Ḥanbal, and he would tell me, ‘O Abu Yūsuf! The prophets were fathers of daughters,’ and his statement would dispel my grief.”

Muhammad b. Sulayman would say,

“Boys are a blessing, and girls are good deeds. Allah questions about blessings, and rewards for good deeds.”

Contemplates Your Faith Being a Wife

A Muslim wife is believed to contemplate the faith of her husband and the kindness in the conduct towards her reflects the character of her husband. The gestures of love, words of affection and acts of concern are all that needs to melt and win the heart of your wife.

“The best of you are those who are the best to their women.”

The Messenger of God also said,

“A believing man should not hate a believing woman.  If he dislikes something in her character, he should be pleased with some other trait of hers.”

The relationship of husband and wife is the one that flourishes with utmost kindness, tenderness, devotion, commitment, honesty and generosity and the deeply rooted understanding between them that does not snatches the voice of the wife to say anything she wants. A strong communication is the base to build a healthy relationship. 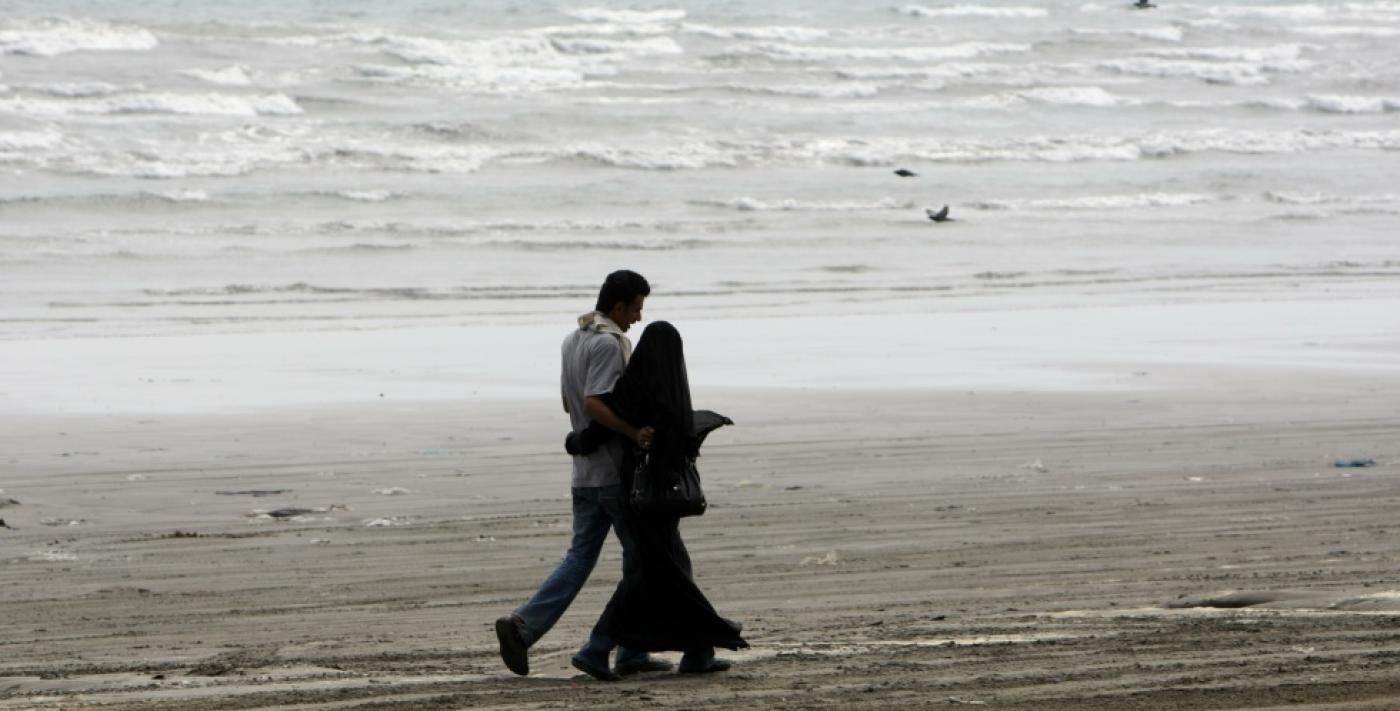 Even the economic rights of wives are also preserved by Islam, making the financial responsibility of a wife compulsive and religious obligation for husband.

‘The respect for women involves simply putting into practice the Qur’an’s teachings on marriage, that describes husbands and wives as a ‘mercy’ to one another.’

And of His signs is that He created for you from yourselves mates that you may find tranquility in them; and He placed between you affection and mercy. Indeed, in that are signs for a people who give thought. [Qur’an 30: 21]

Shields you from Evil Being a Sister

Not to be harsh on your sisters, not to bound their steps, not to limit their thoughts, not to harden their hearts, not to stop them from educating, not to use hard offensive words for them, not to take their freedom are one of the greatest obligations towards a Muslim brother. To be generous and to guard the sisters from the evil world and to shield their soft hearts is the foremost duty of a brother. The innocent and affectionate status of a woman in kinship terms is the source to invite more blessings.

The Messenger of Allah (PBUH) said:

“Allah says: ‘I am al-Rahman (the Most Merciful) and this rahm (tie of kinship) has a name that is derived from My name. Whoever up hold it, I will take care of him, and whoever severs it, I will cut him off.’”

“Whoever would like his lifespan to be extended and his provision to be increased, let him uphold the ties of kinship.”